Evolution of the Nordkapp Kayak

More can be found here Valley Nordkapp, The Life and Times of a classic British sea kayak. 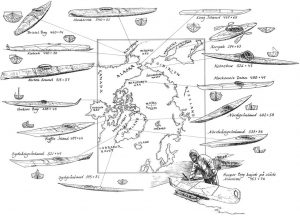 See also Sisson Kayaks Nordkapp and the history of it in New Zealand. From Sisson’s site it would appear that the only “true” Nordkapps were built in New Zealand a few years after Valley started as Valley had mould shinkage and Sisson didn’t.

Another link to the Nordkapp The Fortieth Anniversary Addition of this Classic Kayak on the Valley website.