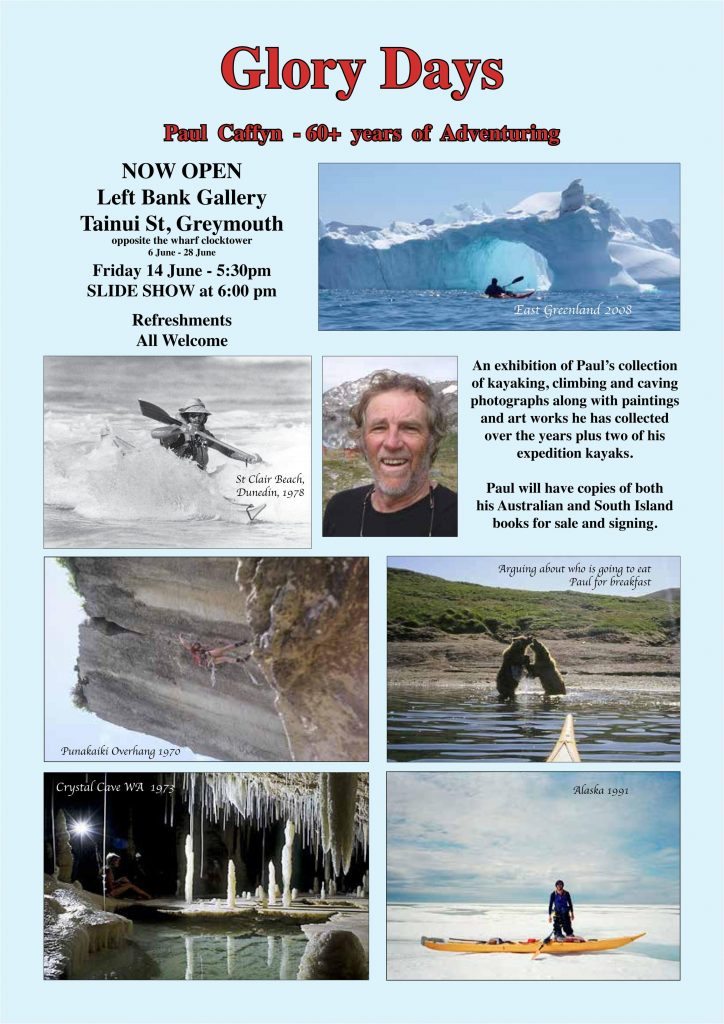 (Lynn is the first redhead and oldest person to have paddled all the way around New Zealand). 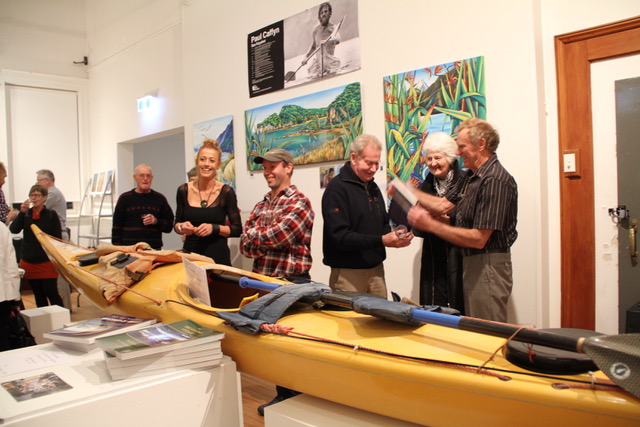 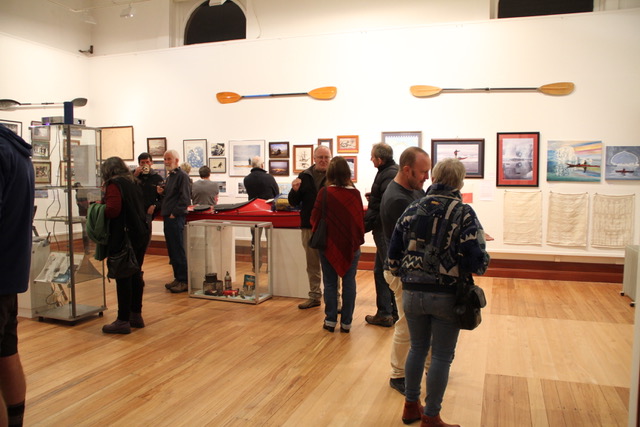 Paul has been a long-time supporter of the Greymouth gallery, and when he heard there were no exhibitions for the month of June, he came up with a plan so cunning…, to install a few kayaking photos and paintings in a small gallery side room, perhaps to generate a few book sales.

However as the walls of Paul’s 12 Mile cottage were progressively stripped, and kayaks were added to the mix, the exhibition of Paul’s adventures kidnapped the whole gallery. Photos and artwork were grouped into a chronological sequence, starting with the first 1977 Fiordland kayak expedition with Max Reynolds and ending with the four icy Greenland trips with Conrad Edwards.

Photos of Paul climbing and caving, along with his photos of paddlers such as Freya Hoffmeister and Babs Lindmann on their journeys around the South Island filled other walls. Original copper plate engraved prints from Captain Cook’s Atlas of 1778 illustrated the earliest illustrations of Aleut baidarkas with their unique bifid bows.

With three of Ginney Deavoll’s stunning Fiordland paintings on the main gallery wall, one or two smart-arse visitors commented that all the exhibition needed now was Paul’s bed placed under Ginney’s paintings and it would have looked like the inside of his cottage. The now bare cottage walls revealed a long overdue need of re-painting.

In a lovely example of serendipity, Lynn Paterson was flying down from Auckland to spend time at the 12 Mile with Paul working on the layout for a book on her paddle around New Zealand. Lyn was most amenable to dressing up for the occasion and formally opening the exhibition with a most embarrassing (for Paul) speech.

Paul then skimmed through a PowerPoint presentation of his adventures from the age of nine when paddling his 17’ Canadian canoe, rock-climbing, mountaineering, caving and then the big paddling trips. With the photos and video clips projected onto one gallery wall, along with one of those new-fangled Bluetooth enabled speakers, the Grey River bar crossing was very realistic but no one swooned or fainted from motion sickness.

In his opening comments, Paul noted this was the first time ever that such an exhibition had taken place, pulling together his kayaks, paddles, expedition photos and his wonderful collection of artworks. 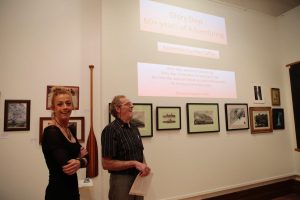 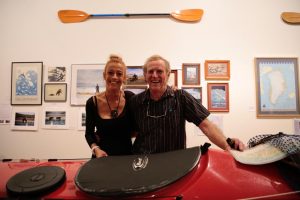 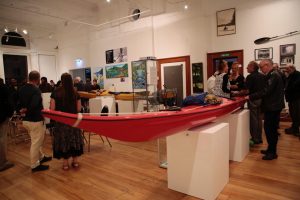 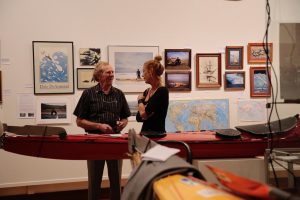 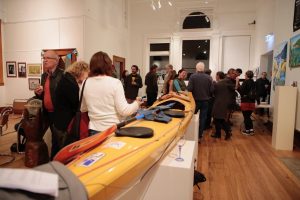 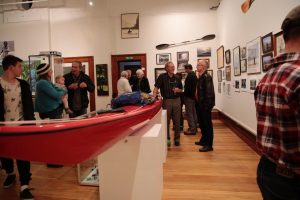 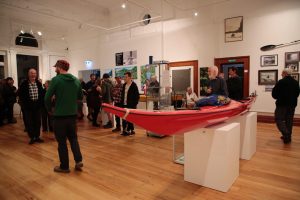